Angular vs React – Which One is Better For Web Development?

Selecting the right platform to meet your project requirements is sometimes a puzzle, especially when you have various options. Though all frameworks have their pros and cons, it entirely depends on what you are trying to achieve.

Choosing one for the project requires knowledge of various aspects.

This blog post will cover the comparison between two frameworks: Angular and React. It will discuss the benefits and limitations of both frameworks to guide you towards the best solution for your project.

The basic difference between Angular and AngularJS is that the first one is typescript-based, and the second one is based on JavaScript. Moreover, Angular is an updated version of AngularJS.

Angular is an open-source web application framework. It is based on Typescript and managed by the Angular developer community and Google’s Angular team.

Angular provides an environment that lets users create applications effortlessly. It helps to create single-page applications (SPAs) using HTML and Typescript. Along with that, this technology can also be used to build mobile and web applications.

It is good to Choose Angular for developing large-scale applications including several features. Moreover, choosing a perfect company providing Angular development services will help you to serve your purpose.

In this technique, the flow of data is in both directions: model and view. Angular offers a two-way data binding approach that automatically changes something in the view to update the model state and vice versa.

To perform a function, a class requires the services or objects that are said to be the dependencies. In contrast, DI is a design pattern where the class requests dependencies from external resources instead of creating them.

The dependency injection of the Angular framework facilitates its users to enhance the flexibility and modularity of an application as it provides dependencies to a class on instantiation.

When building larger applications, it is easy to manage dependencies with dependency injection, and it can help you to save your time. This is also a reason behind the popularity of Angular for developing large enterprise applications.

Unlike other frameworks, Angular reduces its efforts by generating static app pages, which decreases the extra load of the CPU. It provides a quick user experience which means users don’t have to wait until the application becomes fully interactive.

Angular’s command-line interface (CLI) lets the developers integrate new functionalities in a single project while keeping the entire team informed. The style guide and CLI of the Angular framework power consistency at a higher level.

Angular’s CLI makes the job easier by providing a collection of helpful coding tools. Along with that, the robust ecosystem of Angular offers various useful resources and the power of dependency injection to the developers.

Compared to other frameworks, Angular offers flexibility in coding because of having a simple design architecture.

Now that you understand the benefits of Angular, let’s move towards another side of the story: the downsides of using Angular.

Though you are experienced with HTML, CSS, and JS, you may still find Angular a bit comfortable because of its steep learning curve. All Angular users should know basic components, including decorators, modules, services, dependency injection, etc. Therefore, it may be challenging to learn for beginners.

As mentioned earlier, Angular is good at developing SPAs. Generally, the SPAs are rendered on the client-side, so search engine web crawlers such as Bing and Google are not able to see the entire content of the separate website pages. Therefore, with this drawback,  it is not possible to list your site exactly in the search engine results.

Often newcomers struggle to understand the versioning of the framework. There are the chances that one learns a version of Angular, and by the time they complete their first project, another release is out. It may cause trust issues because developers feel that they have to keep working on the application to resolve the version conflicts.

Jordan Walke, a software engineer at Facebook, created React. Facebook developed this JS library in 2011 in its newsfeed section, and it was released to the public in May 2013. The main objective of using ReactJS is to create User interfaces that improve the application’s speed.

React is an open-source JS library developed by a team of Facebook professionals. Commonly, it is used for front-end development, i.e., creating UIs for SPAs from isolated components. Its declarative characteristic allows developers to create interactive and complex UIs easily.

In addition, to meet your business requirements or to offer an interactive user experience to your audience, you can hire a ReactJS development company.

React offers a virtual DOM concept that copies the existing DOM, which efficiently implements minor data changes in one element without modifying the entire tree structure.

It maintains the cache memory and saves the effort of re-rendering the DOM trees repeatedly. It is helpful as with virtual DOM, rather than updating the entire page, you have to change only the parts of the DOM that actually requires to be changed.

A web application in ReactJS uses multiple components with their logic and controls. These components are responsible for producing a reusable piece of HTML code that can be further reused whenever required. These codes can help you make your websites easier to develop and maintain.

ReactJS uses virtual DOM that also enhances the performance of a ReactJS application. It reduces the browser load as all virtual DOM trees are lightweight and built on servers. Therefore, by rendering fast updates, ReactJS ensures speedier performance.

Traditional JS frameworks include SEO-related issues. ReactJS overcomes this problem by helping developers to be easily navigated on various search engines. Moreover, it helps developers to create a great UI that is positive for SEO perspectives.

ReactJS provides you with more flexibility in how you wish to organize your code. It gives you a view layer and leaves it up to you to decide what router and state management system you have to use.

In ReactJS, new tools are introduced regularly, which is the prime reason behind improper documentation. The expansion of the web framework is so fast; as a result, there will be limited time to update the documentation process. Due to this, developers consider it a limitation of ReactJS.

In addition, they overcome the problem by writing their own documentation that will be related to the particular tools they use in a project.

JSX (JavaScript XML) ReactJS uses JSX, which is a syntax extension that allows HTML with JS mixed together. JSX has its benefits, but it is considered a barrier in the development community. They often complain about its complexity and hard learning curve.

Though both Angular and React come at the top in the list of best JavaScript frameworks, the above explanation will undoubtedly help you to make the right choice. Moreover, you can also hire a Web development company to leverage the benefits of JS frameworks.

Both Angular and React tackle the problems in different ways, so choosing one depends on personal preference. However, when making a selection, remember that Angular provides more built-in functionality, while ReactJS has a simpler learning curve.

In a nutshell, both technologies have unique features and specialties. So, it depends on the project requirements and user’s purposes whether to choose Angular or React.

No Result
View All Result 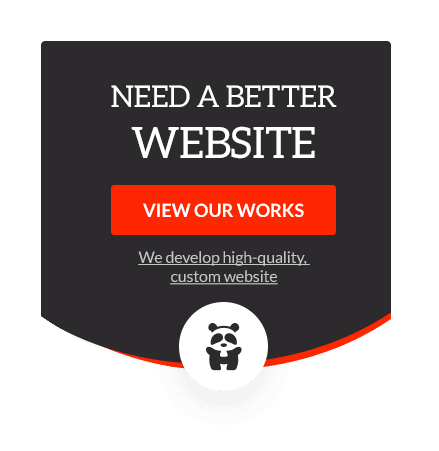 Get in touch with our experts

Have a Project to Discuss? CONNECT WITH US